A lot of people don’t know this but you can hire an attorney in a couple of different ways on a personal injury claim. You can pay an hourly fee, which is more of a traditional business relationship where the attorney is just paid for the time that they have involved but typically, in personal injury cases clients prefer what is referred to as a contingency fee, which allows the attorneys to be paid but only if they win the case. So if the attorneys are successful in winning the case then they receive a percentage of the total recovery in addition to being reimbursed their expenses. The contracts we have with clients we front the expenses but if we can’t win the case then we’re never reimbursed for the expenses.

Why are personal injury claims in Texas so complicated?

I think, one: Texas is leading the nation in tort reform legislation. And because of that, we have a lot of hurdles that are out there that we didn’t used to have including certain types of cases where we now have literally caps on damages that can be awarded.

I think another reason is that in the state of Texas our Texas Supreme Court has in an opinion they wrote in 2007 stated that health insurance companies get reimbursed first. So even though somebody may be involved in a horrible collision or a victim of medical malpractice, under Texas law, the health insurance company has a priority claim and they get reimbursed first.

I think on top of that, you have a lot of different types of insurance that apply and confuse the issues. You’re constantly dealing with liability coverage of the other driver, typically uninsured or underinsured coverage that the person who was hurt has as well as the health insurance obligations. Also in Texas we have a lot more hospitals filing liens and that becomes a priority claim and sometimes very difficult to get sorted out.

What is uninsured/underinsured (UM) coverage?

Video Transcript:
Uninsured and under insured coverage in the state of Texas is also required under your own automobile policy unless you reject that coverage in writing when you sign up for your insurance coverage. It does a couple of things and it’s an excellent form of an insurance. If you were involved in a wreck that was caused by somebody else but that person did not have coverage the uninsured coverage under your own policy would act as a substitute liability policy so you could still recover something for your damages.

What steps should a person take after an automobile accident?

I think there’s several things to consider, one would be to cooperate with the police that are investigating the occurrence. So you definitely want to cooperate fully with the legal authorities. The other thing you want to do is preserve evidence while you can. If you have a cell phone with you take some photographs of the scene and the vehicles that were involved. It’s also a good idea, people need to get the medical care they need and I would put that at the top of the list. So use your health insurance if you have it to get the medical care you need.

And then with regards to talking to insurance adjusters I would say don’t talk to the insurance representative of the other driver. Anything you say in that circumstance can and will be used against you. You probably have a contractual obligation to talk to your own insurance adjuster and that’s fine but if you’re seeking legal advice let your lawyer weigh in on that too because the lawyer may want to be with you at the time that statement is given.

Video Transcript:
PIP coverage in Texas is personal injury protection. It’s offered under your own automobile policy. It is pure no fault coverage. In Texas, most people have $2,500.00 in coverage. It’s mandated by a statute so you’ve got it unless you reject it in writing when you sign up for the policy. But it will help pay a percentage of lost wages and medical expenses that your health insurance won’t so it’s great form of insurance to have because it can help pay deductibles, copays, and things like that, as well as reimbursing somebody that can work for a percentage of the lost wages.

I believe it’s okay to talk to your insurance adjustor although if possible if you’ve had a chance to seek legal representation I would strongly recommend having your attorney available at that conversation. Do not under any circumstance talk to the adjustor for the other driver if you are thinking about retaining an attorney.

If I am hurt on the job can I still file a personal injury claim?

It’s a good question the answer to that is maybe. Under Texas law, which incorporates the Texas Workers Compensation Act if you were hurt as a result of negligence created by your employer or a co-employee, the only way that you can file a personal injury claim is if the injury resulted in death and there was gross negligence attributable to the employer or the co-employee. But we have to look at these cases very carefully because if there was somebody else that caused the injury, an employee of another company, for example, or a truck driver driving down the road while the injured employee was driving a company car in the course and scope of their employment then these third parties would offer an avenue where you might be able to successfully pursue a claim against them.

The federal regulations provide a good benefit to cases against the trucking industry because they help authorize the regulation of 80,000-pound trucks and trailers going down our highways. They offer support and regulation for not only the drivers who have to keep daily logs but they help keep equipment safe by requiring pre-trip and post trip vehicle inspections. There are certain load requirements that are required to be complied with all of which benefit and hopefully make safer the trucking industry.

Now what comes along with that is a couple of negatives in the regulations for example, under the federal statutes the drivers daily logs and the pre-trip vehicle inspection reports can actually be legally destroyed within just a few months following the accident. So it becomes imperative to try to preserve evidence if you are taking on a trucking company by either sending out an early letter to preserve the evidence that can be legally destroyed or sometimes you need to file a lawsuit early to make sure that that evidence isn’t destroyed. 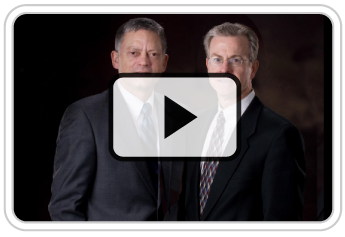 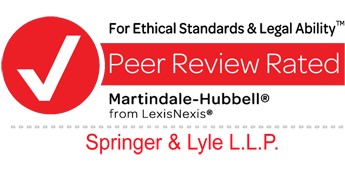